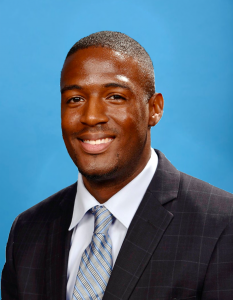 Kevin Tiller II is entering his fifth season with the Orlando Magic and his first as General Manager of the Lakeland Magic. Prior to his promotion, Tiller began his career as an intern with the Orlando Magic, followed by four seasons as the Player Development Coordinator/Scout. Later, Tiller became a full-time scout for the Magic. Additionally, Tiller gained invaluable experience working with the NBA G League pathway team, Team Ignite, as the Director of Basketball Operations during their inaugural year. A native of Richmond, Virginia, Tiller attended Guilford College (Greensboro, NC), where he was a three-sport athlete in football, basketball, and track. Aside from the playing field, Tiller fulfilled numerous of off court positions, such as a cameraman and broadcaster for the spring sports at Guilford. Additionally, Tiller was afforded a unique opportunity to intern for Walt Disney World in Orlando for a semester. After graduating with a bachelor’s degree in Business Management, Tiller earned a Sports Leadership Master’s degree at Virginia Commonwealth University while serving as a graduate assistant for VCU’s Men’s basketball team. 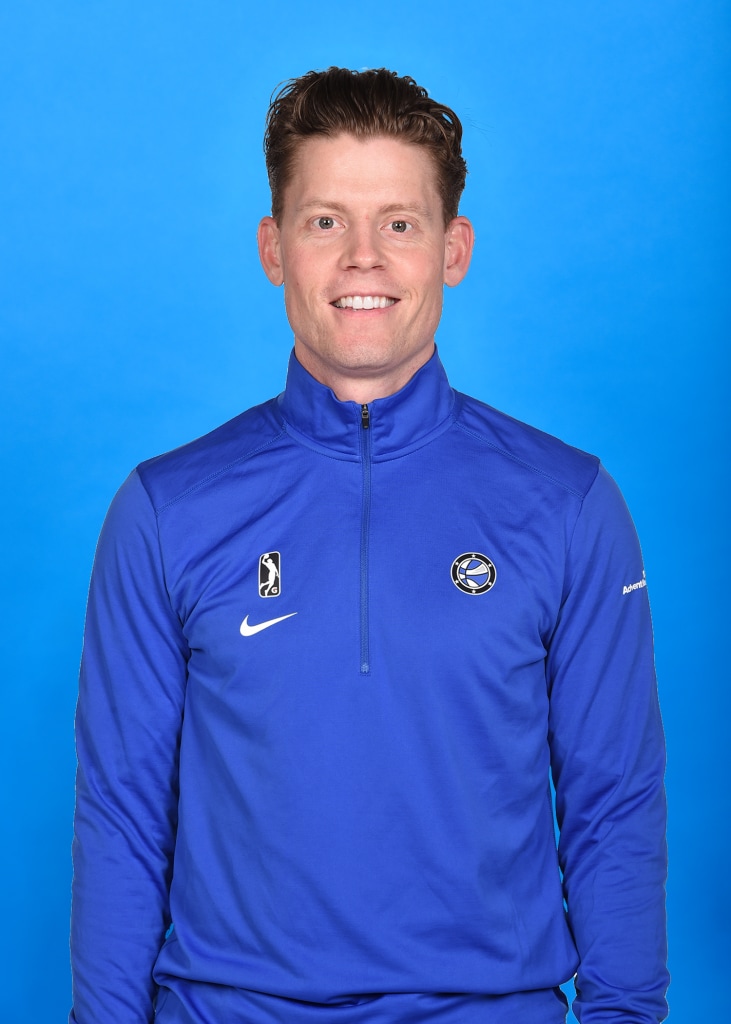 Joe Barrer has been on the bench as a coach for every Lakeland Magic game in franchise history. In his four seasons as assistant and associate head coach in Lakeland under Stan Heath, the Magic were tied for the most regular season wins in the league and won the 2021 NBA G League championship. Prior to joining the Lakeland Magic, Barrer served as an assistant coach with the Iowa Energy (now the Iowa Wolves, NBA G League affiliate of the Minnesota Timberwolves). Before joining the Energy, Barrer was an assistant coach at Bethel University and Truman State University and spent five years as the head coach of Assumption High School in Davenport, Iowa. Barrer began his career as director of basketball operations at George Mason University during their 2006 Final Four run. Barrer played for four years at Saint Ambrose University where he helped lead the program to the MCC championship in 2000, 2002 and 2003. Following his collegiate playing career, Barrer received his master’s in Fitness and Health Promotion from George Mason University. 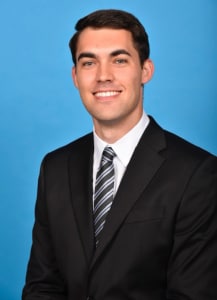 Trent Pennington is in his fourth season with the Lakeland Magic and first as the club’s assistant GM. Trent, originally from Salem, IN, graduated from Indiana University Bloomington in 2017 with a bachelor’s degree in law and public policy. While an undergrad, Pennington interned, and eventually joined staff, with DistinXion, a Bloomington-based non-profit founded by Luke Zeller that teaches character and faith to youth through basketball programming. Trent completed his master’s in sport administration at IU in 2018 while interning for Exclusive Sports Group, a talent agency based in Indianapolis that serves NFL players, coaches, and executives. While completing his final semester of grad school, Pennington interned with the Indiana Pacers as a basketball operations intern with a focus on pre-draft preparation. Trent transitioned to Lakeland in the fall of 2018 as a basketball operations associate before being promoted to basketball operations coordinator the past two seasons. Trent resides in Orlando with his wife, Courtney. 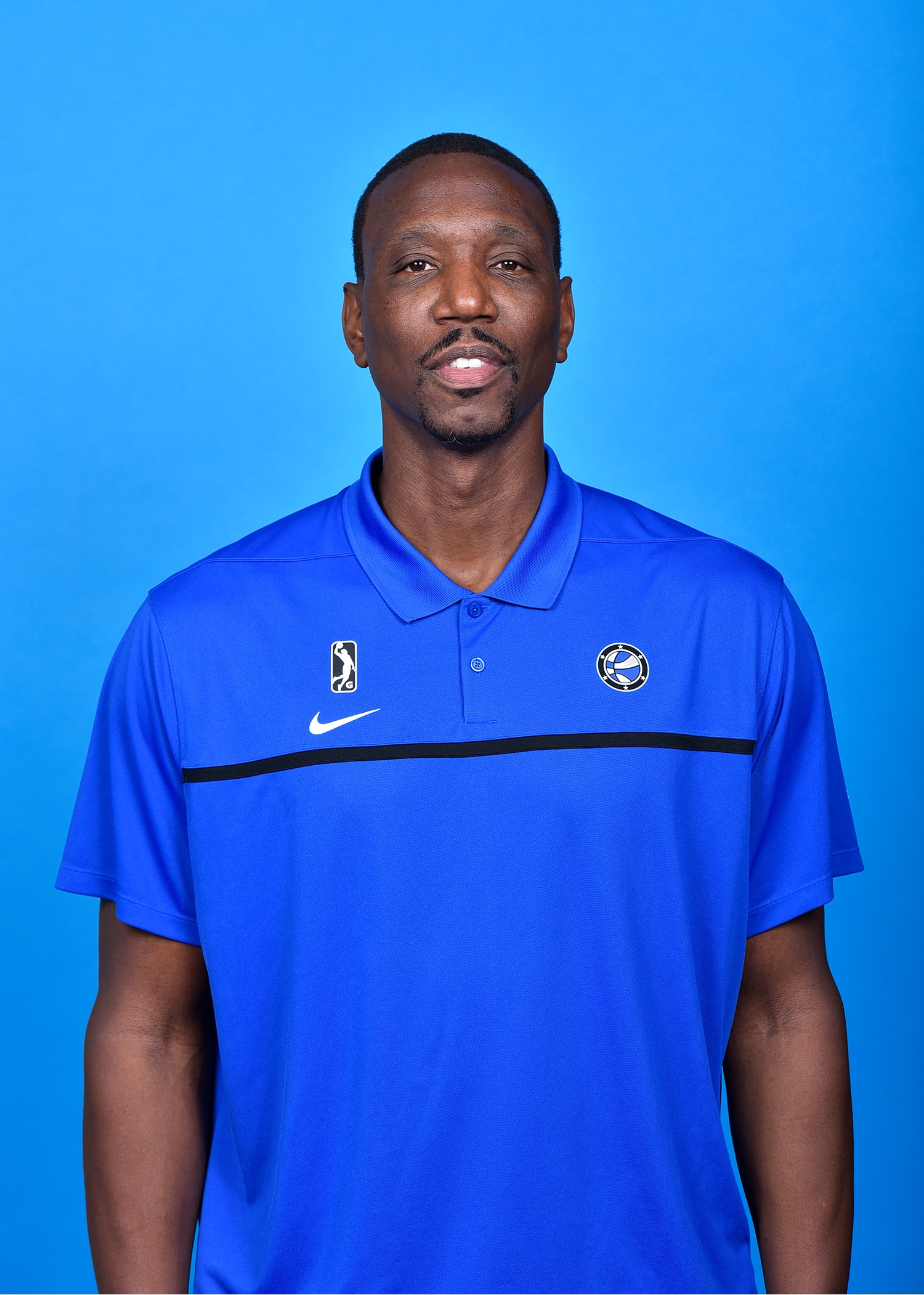 Johnny Taylor is in his fourth season with the Lakeland Magic and first in the role of associate head coach. A native of Chattanooga, TN, Taylor played college basketball for his hometown Mocs from 1995 to 1997 that included a run to the NCAA Sweet 16 in 1997 and capturing conference player of the year honors. Following his collegiate career, Johnny was drafted 17th overall by the Orlando Magic in the 1997 NBA Draft. Taylor enjoyed a professional playing career that spanned 15 seasons, three of which were in the NBA with the Orlando Magic and Denver Nuggets. After retiring from professional basketball, he began his coaching career at his alma mater, UT-Chatanooga, underneath the leadership of Will Wade. Taylor joined Wade’s staff at VCU as a player development coach prior to joining the Lakeland Magic as an assistant coach. He and his wife are the proud parents of five children, four girls and one boy. He has especially enjoyed watching his son begin his college basketball career at his alma mater in Chatanooga. 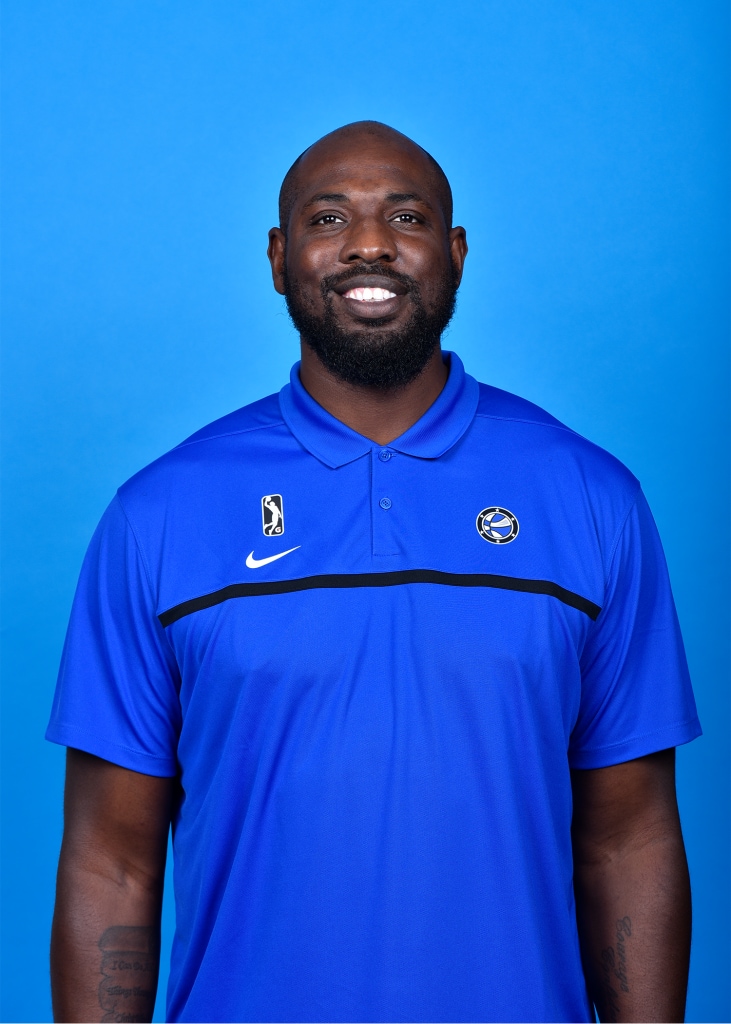 Ahmad Nivins is in his first year on Joe Barrer’s staff as an assistant coach. Nivins was previously an assistant coach for the Maine Red Claws (now the Maine Celtics) during the 2019-20 season with a focus on opponent scouting, offensive and defensive strategy, and player development. A native of New Jersey, Niven’s attended famed St. Anthony High School, where he played for legendary Hall of Fame coach, Bob Hurley, and was part of the undefeated 2003-04 national championship team. After a four-year playing career at Saint Joseph’s University in Philadelphia, where he earned 2009 Atlantic 10 Player of the Year and the Robert V. Greasy Trophy for Philadelphia Big 5 Most Outstanding Basketball Player, Nivins was inducted into the Saint Joseph’s Basketball Hall of Fame. Nivins was the 56th pick in the 2009 NBA Draft before enjoying an international career which landed him in Spain, Belgium, France, and Israel. 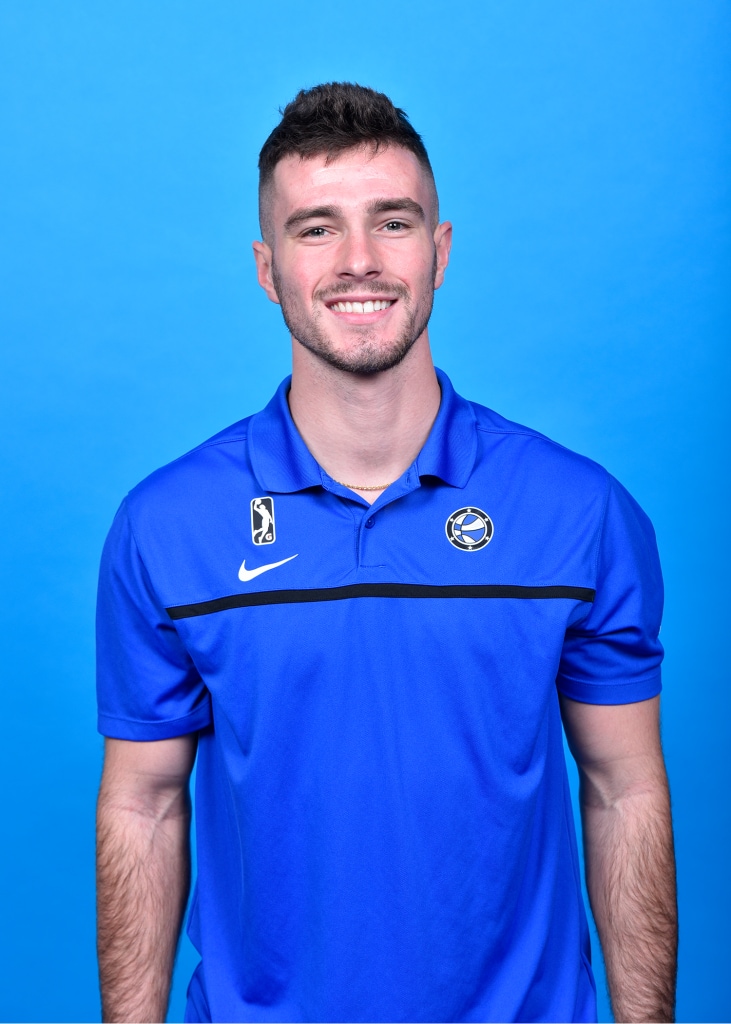 Jack Hostetler is in his first year on Joe Barrer’s staff as an assistant coach. Hostetler graduated from Saint Joseph’s College of Maine in 2019 with a bachelor’s degree in physical education. A member of the men’s basketball team, he left with the highest career 3-point percentage in the school’s history, shooting 52% his senior year. After graduation, Hostetler traveled to Los Angeles to work with Noah LaRoche, owner of Integrity Hoops, where he helped coach and train numerous NBA players. Prior to the 2019-2020 NBA season, Hostetler was hired by the Boston Celtics as an assistant coach with the Maine Red Claws. As a member of the coaching staff during the shortened season, Hostetler was responsible for player development, film breakdown and scouting reports. During the Covid-19 pandemic, Hostetler continued to work with Integrity Hoops while also running player development programs for youth and professional players at The Court Basketball in Enfield, CT. 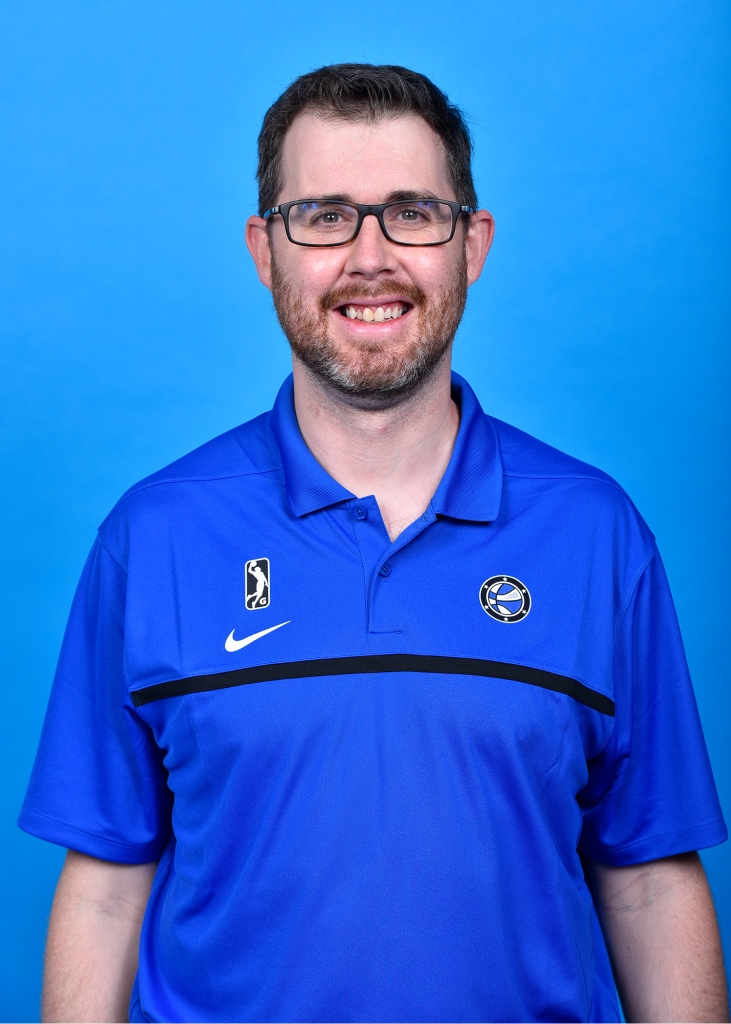 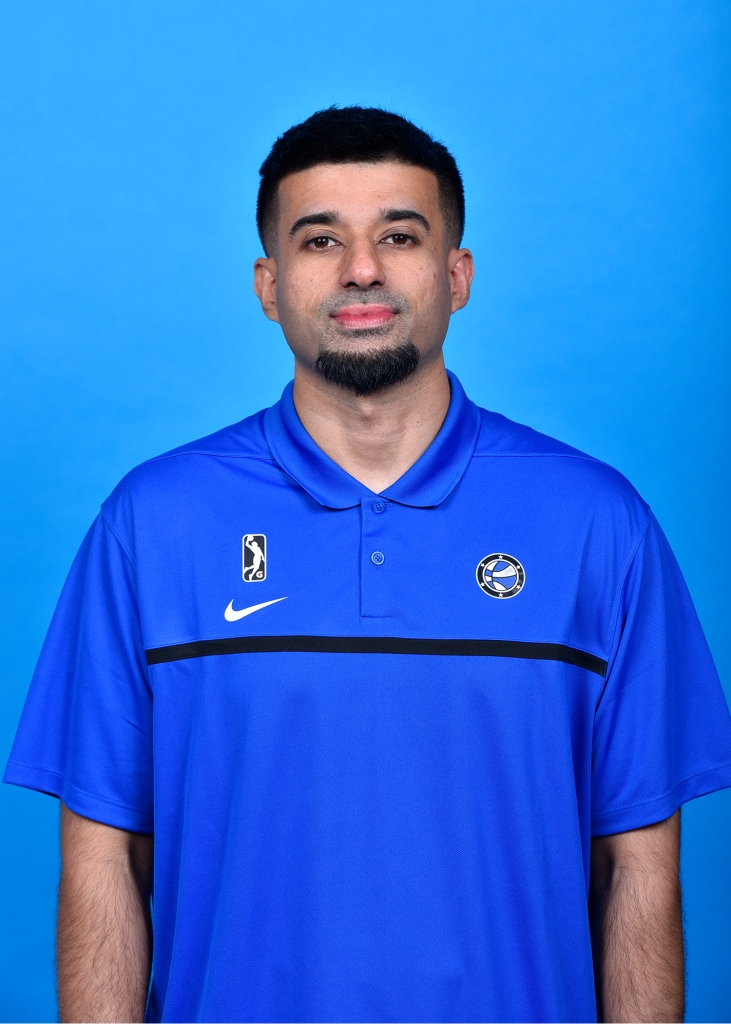 Haseeb Fasihi is in his fifth season with the Lakeland Magic as the team’s strength and performance coach. Fasihi graduated from UCF in 2013 with a bachelor’s degree in exercise science and holds his CSCS (Certified Strength and Conditioning Coach). He started his career as a player development specialist at IMG Academy where he developed and trained over 100 NBA and college players from 2010 to 2015. He is the co-founder and player development coach at M.A.D.E. Performance where he trains numerous NBA clients and incoming rookies during the pre-draft process each off-season. Faihi has served as a strength and conditioning coach at the NBA combine since 2017 and is the editor and owner of Swish Confidential. 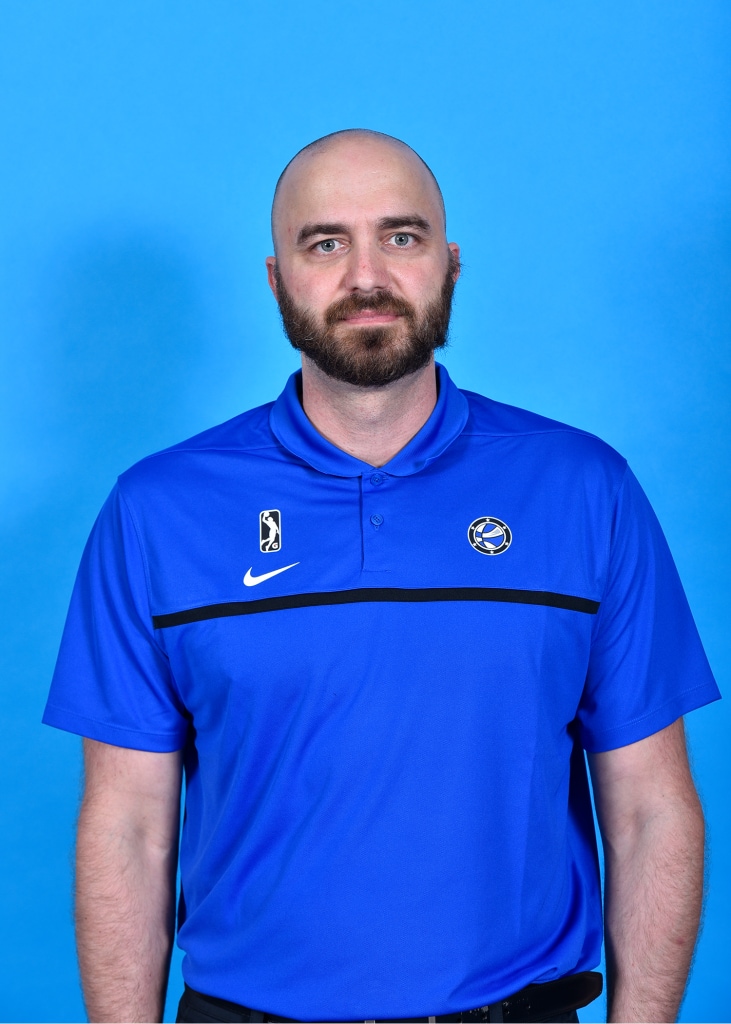 Early Wilcox is in his fourth season with the Lakeland Magic. Born and raised in Central Florida, Wilcox graduated from the University of North Carolina at Greensboro with a bachelor’s degree in kinesiology with a concentration in sports medicine. After graduation, he interned with EXOS and Athletic Lab working with a variety of sports and athletes on both strength and conditioning and sport science. Prior to joining the Lakeland Magic, Wilcox completed a sport psychology internship with a local golf academy. 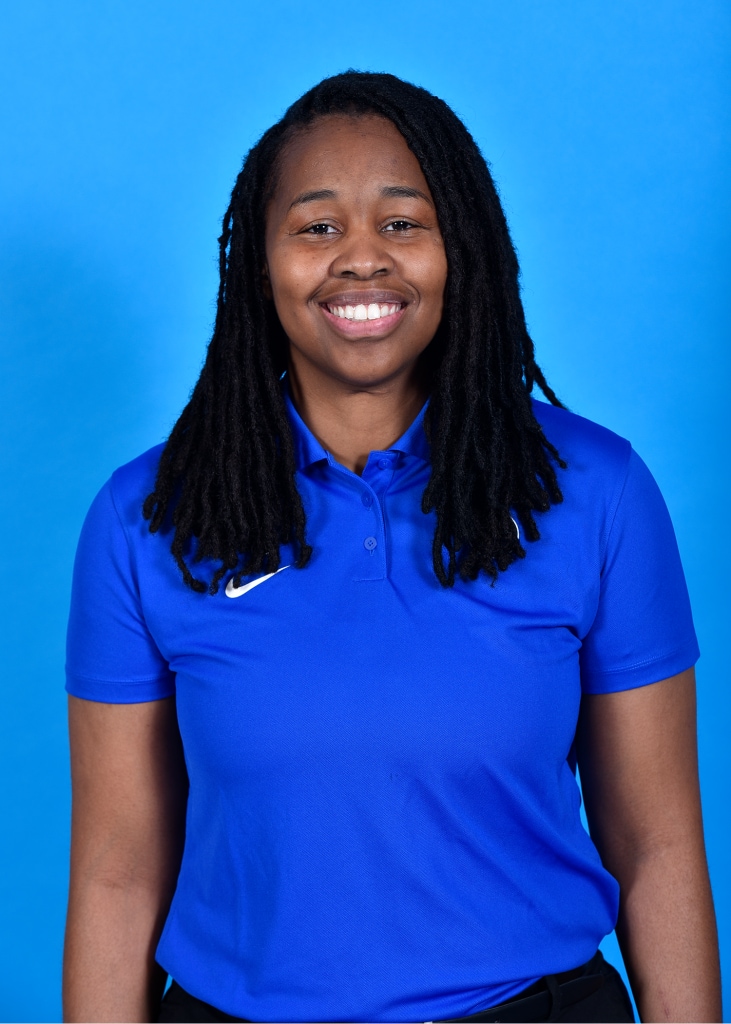 Ashley Hailey is in her first season with the Lakeland Magic. A native of Houston, Hailey graduated from the University of Houston with a degree in human resource development. Prior to joining the Magic, Ashley served as equipment manager/basketball operations coordinator for the Indiana Fever. She has held other positions with NASCAR, the Portland Trailblazers, YMCA Metro Chicago, and the Windy City Bulls. Outside of her professional interests, Hailey enjoys reading, fashion, and watching other sports. As a former collegiate athlete, she participates in several recreational sports in her free time. 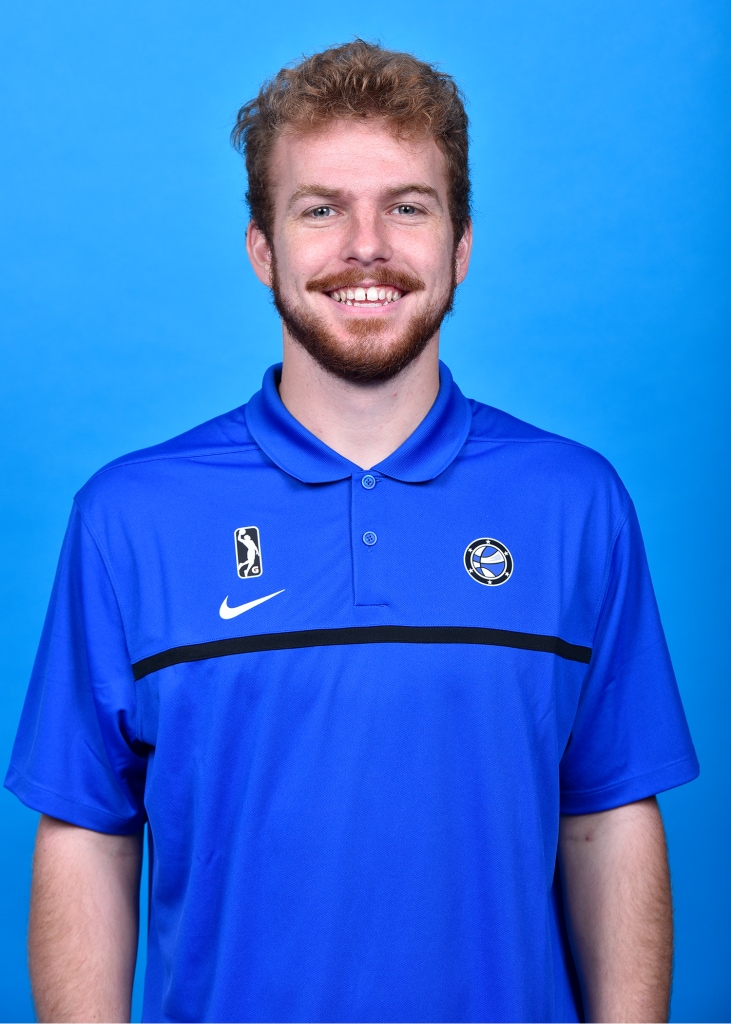 Zach Flener is in his first season with the Lakeland Magic. Originally from Lexington, KY, Flener attended Lipscomb University where he was a member of the men’s basketball team where he helped the Bisons reach the NCAA tournament and NIT finals in his two seasons with the team. In 2019, Flener worked as a player development intern for the Dallas Mavericks. Flener returned to Lipscomb this past season to complete his college degree while simultaneously serving as a player development coach for the school’s basketball program. 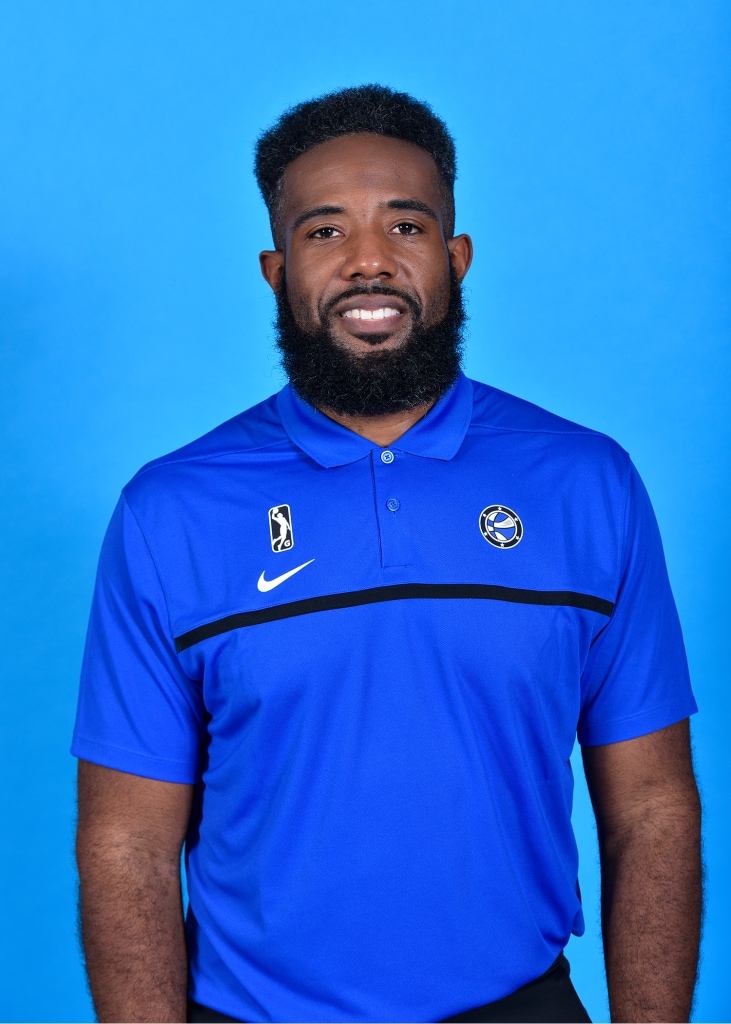 Devin Smith is in his first season with the Lakeland Magic. Born and raised in Tampa, Florida, Devin graduated from the University of South Florida with a Bachelor of Science degree in exercise science in 2011 and completed his master’s from Gannon University in athletic training in 2021. Devin has worked in the fields of physical therapy, basketball performance, and strength & conditioning. In his spare time, Devin enjoys staying involved in recreational activities such as basketball and weightlifting, and spending time with friends and family.